We are excited to announce that less than 2 years after we decided to focus on instant bank payments we are now live with our 3rd geographical market, Germany, with Netherlands lined up to launch early Q1.

The initial launch for Germany has been extremely successful with the method being well received by clients and end users alike. Now we are excited to ramp up this volatile, but attractive market. With a clean and simple interface, smooth and fast UX and 97 % bank coverage we are expecting Germany to quickly become one of our biggest markets.

“we can go from idea to launch in record time and I'm excited for how many new markets we are now ready to launch in 2021!"

"The go to market time was only a matter of months for Germany" says Chief Commercial Officer, Rhi Burns. "It really went to show that we can go from idea to launch in record time and I'm excited for how many new markets we are now ready to launch in 2021!"

Around two years ago Zimpler decided to switch focus from their mobile e-wallet solution into the pure instant banking arena. There was not a lot of competition in this area and prices had started to skyrocket. We came in with a solid product offering in Sweden with 100% bank coverage, instant KYC and instant deposits and payouts and quickly launched on a number of big name operators with the aim of helping them cut their costs and keep the industry alive.

In 2020 we launched our V4 API with a number of new features that really helped boost conversion, giving an average of over 90 % conversion on our largest merchants. Now, clients don't need to compromise conversion for cost- they can have the best of both worlds.

During the summer we expanded our market coverage to include Finland, instantly coming in at over 90 % conversion! During the year we have continued to improve and work on our product based on end user behaviour and client suggestions. 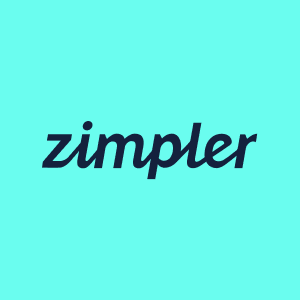